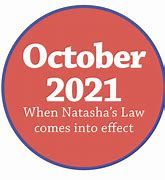 Natasha’s Law will come into effect in October 2021 and will affect all people selling food prepared on their premises which is wrapped.

This is the legislation taken as a response to the death of Natasha Edan -Laperouse after eating a baguette which contained sesame seeds which she was allergic to. She suffered anaphylactic shock and died later that day. Natasha knew to look for allergen information and was reassured that this was something that she could eat because the sesame seeds were not mentioned on the label. It is estimated that almost 1 in 5 people in the UK suffer from an allergy and many suffer an extreme reaction.  There are 14 food items that are most commonly reacted to and these are the ones that should be specifically labelled.

Currently and until 1st October 2021, food business operators (FBO) can provide mandatory allergen information for PPDS (pre-packed direct for sale) food by any means that they choose, including orally by a member of staff. This clearly can cause confusion and some people may believe that if the food is wrapped, it should state which of the 14 common allergens potentially are present.

Many companies do this already which may result in the expectation that all wrapped food is correctly labelled. It doesn’t seem to apply to fresh food such as cake served from a central plate but it would do well to write these allergens for staff to advise customers.

This will now apply to businesses in England, Wales and Northern Ireland. Expectation is for it to be introduced in Scotland by Food Standards Scotland.  Failure to comply with the new allergen labelling rules is a criminal offence and may result in a criminal prosecution being brought against the food business operator. A person convicted of an offence under the new legislation will be liable to an unlimited fine, the amount of which will be decided by magistrates on a case by case basis.

Please seek more advice from the UK Food Labelling Service who are available to support Food Business Operators of all types to implement Natasha’s Law.